Miss Monica Osagie is the lady who as a postgraduate student at the Obafemi Awolowo University, Ile-Ife, Osun State, leaked an audio conversation between her and her lecturer, Prof Richard Akindele, in which he demanded sex from her two years ago, in a sex-for-marks scandal. 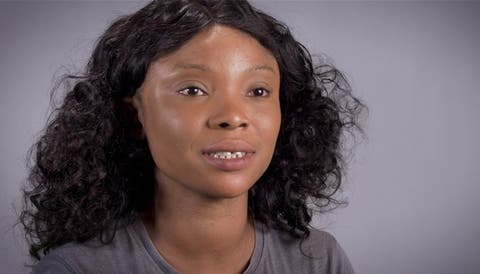 Professor Akindele was subsequently sacked by the school and jailed. The professor of management accounting was released from prison in March 2020 after serving a two-year term. Following his release, Osagie speaks with SUNDAY ABORISADE about the lecturer’s release from jail, her experience since the scandal broke, among other issues

What’s your reaction to the release of Prof Richard Akindele after completing a two-year jail sentence?

When I heard about the news of his release, I was scared that he might come after me. But I am convinced that I didn’t ruin his career, his lack of discipline ruined his career

What do you think about his freedom from jail?

Good for him; he should just try to control his ‘third leg’ so that it doesn’t get him into trouble again.

Are you satisfied with the way the Independent Corrupt Practices and Other Related Offences Commission handled the case after your allegations?

No, I am not satisfied because the ICPC succeeded in getting him sent to jail but did nothing about getting me my certificate from Obafemi Awolowo Univerity.

You haven’t collected your master’s degree certificate from the school, why? What is responsible for the delay?

The authorities of Obafemi Awolowo University are saying that I should retake an examination for a course that I had already taken back in school. The excuse is that there was no attendance (in class) and that happens to be a blatant lie. Anyone who graduated from OAU knows that it’s a ploy to punish me as well.

Are you ready to retake the examination?

No, I won’t, because I attended the class and have taken that examination already. I even taught one of my course mates and he passed, but I didn’t.

But are you convinced that you could pass the course if you go back to take it?

I am not going back to that place.

How safe do you think you would be on the OAU campus if you decide to take the examination?

I will not be safe at all because when the audio went viral, even my project supervisor refused to say the truth about what happened but tried to label me as a bad person.

You were at the Senate’s public hearing on Anti-Sexual Harassment Bill. What do you think about the proposed legislation?

The bill only centred on capital punishment for the offender. It didn’t emphasise the protection of the victim. As female students, we go through a lot in the hands of lecturers who have termed themselves as ‘demigods’. There has to be a way of protecting the image of the whistle-blower. In my case, OAU intentionally exposed my face so that students wouldn’t be bold enough to ‘call out’ (draw critical attention to unacceptable behaviour of) a lecturer.

Also the bill should look into protecting aspiring university students. Those girls face so much harassment, all in the name of trying to gain admission.

READ ALSO: Covid-19: ASUU Strike and the danger of weapon of hunger

Lecturers should not be allowed to see any student privately. There ought to be a medium by which messages can be passed from a lecturer to the class through the graduate assistant.

Do you think the Academic Staff Union of Universities, which has consistently being opposing the bill, will allow it to work?

I believe ASUU will allow it to work; we have sound intellectuals among the ASUU executive.

What have you been doing since you left OAU?

I have a YouTube channel that focuses on skincare and beauty. I used to have an online store where I sold skincare products but all thanks to God, I now own a shop where people can come to buy skincare products. In a nutshell, I’m a businesswoman.

Do you suffer any stigma following your experience?

No, I’m don’t (suffer stigma) because I changed my name on my social media handle so I don’t get annoying messages anymore. I’m doing fine; I’m busy with my business but still want my certificate.

What advice do you have for women who are also experiencing sexual harassment in various ways?

They should speak the truth. The truth is the only power they’ve got. They should never give in to the pressure; it’s not worth it.

Do you think the Anti-Sexual Harassment Bill will help them?

If the bill is amended and the means to protect those who are harassed is put in place, then it will save them.

How have you been doing since the incident with Prof Akindele which eventually got him sacked and jailed?

At first, it wasn’t easy as I got bashed several times, even by friends but it is better now.

What gave you the courage to expose the lecturer and come out with the audio of your conversation with him?

My brother gave me the courage and I’m a firm person. I cannot be coerced into doing what I don’t want to do.

After he was sentenced to prison, what kind of reactions did you get from people?

Some people described me as a witch; they claimed that I destroyed his career, and that since I was not a virgin, I should have given in to his demand to have sex with me.

So, you experienced some form of abuse or intimidation from people who felt it was wrong for you to have gone against your lecturer openly like that…

Some of my course mates said I should not come out to testify. And that if I was called upon, I should change my statement because the lecturer had worked for his career for more than 20 years and that I shouldn’t destroy his legacy. They said if I came out, I might not be able to get married because of the stigma and harassment.

Did you ever get to meet his wife and children?

Some people feel that his sentence was not enough punishment; do you also feel that way?

No, it was far more than enough; he didn’t touch me though, he made life a living hell for me because while others were preparing for project defence, I was wallowing in tears in my room. It also affected my project presentation because I was down physically. Mentally, I was messed up.

Sacking him and stopping him from lecturing was more than enough

Would you say that what he went through would have made him to learn his lessons?

A student, Motunrayo, also came out to accuse another OAU lecturer, Olabisi Olaleye, of sexual harassment, were you surprised?

No. I wasn’t surprised but I’m happy her identify was protected.

Why were you not surprised?

The lecturers talk to one another so most of them are as rotten as their randy colleagues.

There was a BBC documentary about sex-for-marks lecturers that trended last year; did it give you a feeling of déjà vu?

Have you experienced trauma as a result of your experience?

None since I left school.

Some people believe that with the cases of harassment of students by lecturers that we still hear about, it is obvious nothing has changed, how would you react to that?

I don’t know but if they continue to harass the students, they should rest assured that the fight against harassment will also continue until we succeed in getting rid of the bad eggs.

Does it make you feel that your efforts didn’t yield the desired results?

It does a bit but not completely. The first person to speak up must be the martyr. I spoke up and my face came out in the public but they denied me my certificate. However, I’m happy that the government is looking into the case of harassment and also working to safeguard the students.

Some people have argued that jailing people like Prof Akindele is like scratching the issue on the surface and that female students also harass male lecturers and dress too provocatively, how would react to that?

Do you think the leadership of institutions of learning have been doing enough to deal with the problem once and for all?

They have not been doing enough because they are rather concerned about saving the face, value and image of their institution.

How did your family and relations react to your position at the peak of the problem? Did they urge you to let it go?

They all supported me, all the way.

Some people also say that there was more to the story than the public knew, what do you think about that?

Yes, there was. It is like the public didn’t know how it happened. It was actually a set-up by two of my useless female colleagues who slept with lecturers and expected other students to do the same. They were the ones who went to meet Akindele and told him everything about me.

How did you know?

I was the only person that studied philosophy as my first degree (among them) and I got to know because they kept asking what my response was when he first asked me out.

What was your response to Akindele’s request and what did you tell your friends?

My answer was no but I never told my colleagues because it’s my private life and they were not my friends. That was why it was easy to create the audio since they never saw it coming.

How do you think this problem can be got rid of in schools?

Female students should stop pimping their colleagues to lecturers, especially students who are not into the same lifestyle they are living.

Did you face any discrimination over the position you took in a place of work or in the process of getting a job?

At first when I embarked on a job-hunt, they refused to give me a job. They said they didn’t want a whistle-blower.

Thank you so much for reading this article, we really do appreciate. We hope you loved it, if you did, please share this page with your friends via the share buttons below. Sharing is caring.

I’m just disappointed in that Lecturer, don’t why he threw everything he had been building for years away just because of one lady to have sex with . It’s really annoys me and I’m so disappointed in him a whole Prof ? That’s not ordinary!! I feel for his family members, they are not going to forgive him never . For the Lady she should have not listened to the all those cheer leaders rather she should have just find another way to go about the whole situation for example, telling God about everything and I know he’s a wonderful… Read more »

Our website is made possible by displaying online advertisements to our visitors. Please consider supporting us by disabling your ad blocker.